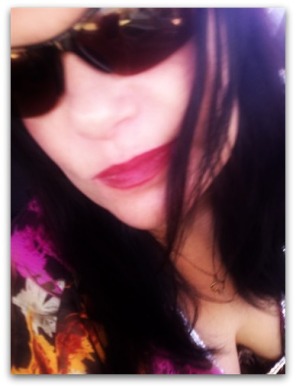 My answers for the past two years to this quiz can be found here:

Elope with the man with the thighs, who proposed (again, just a few days before) I love to a mountain top in the Drakensberg and became his wife on 24 September 2010. Probably the most romantic of commitments, the kind of day you find in movies and books and leaves woman crying and men wishing they had thought of that. 🙂

My husband organised the entire wedding. All I did was choose my underwear, we went together to get our wedding bands… I ordered the cupcakes and picked up my flowers…. that was that. So if he ever fails as a financial advisor which he kicks ass at, the man could become a wedding planner. *wink*

It was just the two of us, two Jewish witnesses, the Pastor and his wife in a tiny non-demonimational Chapel in the Drakensberg. We chose the Chapel not for its religious properties, but purely because of the spectacular view over the mountains which Noid loves so much and legality of needing a proper structure to wed under. We did only the legalities in the Chapel as I am not a religious person and requested no sermon. That didn’t stop the minister from giving us a small talk on the highs and lows of life and riding them out together. 🙂 Noid and I both smiled since we both knew that is exactly what I didn’t want…. but he kept God pretty much out of the life storm picture, so it was all good. Noid was a very eager groom and said YES before the Pastor was finished asking the legal questions and asked if he could say it again and again….he was sweet and delightful in his excitement. I was more tearful, but I said “I do” at the correct place. We signed the register…. drank Appeltiser and fed each other Angel’s cupcakes. We blew bubbles and our friend made a small speech. Perfect.

From there, we made our way to the airfield where a 20 minute air trip turned into a much longer trip as we sat on top of the “Little Berg“, crying, exchanging vows and watching the sun go down. It was incredibly romantic and Noid’s vows are by far the most beautiful I have ever heard anyone say to anyone.

Lucky for us the pilot was asked to check out a veld fire so we got to go along for the ride…. so we got back with the sun firmly tucked away. 🙂 We stayed at the Champagne Sports Resort Hotel and had dinner with our friends that night before they left for home, so we could spend a view days alone on “Honeymoon” at the Hotel where we were totally spoiled.

Noid spared no expense in money or emotion. He was perfect in every way and it was a moment in time I will never forget as long as I live. It was a pure gift of love, devotion and adoration. I felt completely adored.

2. Did you keep your New Years’ resolutions, and will you make more for next year?

No. I did not keep my new years resolution which is odd since I usually give it some kind of bash. I do have two resolutions for 2011:

My cousin Tiana came birth to baby Ethan James just a few days ago. Darling baby is named after my Liam James which I found incredibly exciting. 🙂 Mom and babe are both fine.

Close to me no, but I was certainly touched by Jason’s mom’s death deeply emotionally.

Only South Africa – since this is where I live.

Enough – on an abundance of levels.

7. What dates from 2010 will remain etched upon your memory?

Achievement? Winning a quarterly 100% achieved at work was pretty cool, not killing myself was a plus, getting married was a good one and taking a chance on life.

Picking up weight. Not massively, not much, but enough for me to feel like I am a walrus. The mistakes Noid and I made which we have paid for in spades….. Not trusting people who means the wall I have created also keeps out those that do really care and do want to love me – as I am.

I feel like I have been ill or injured non stop for months… one thing after another… mostly with mouth abysses caused by my bone illness. It’s honestly painful.

Blackberry Torch. I love it!…. and every Paulo Coelho book I could afford and get my hands on.

Noid was pretty impressive in the latter part of the year and all my six kids seemed to do pretty well…. especially Nic who reached for me like I didn’t expect…. Douglas who cried for me and told me he loved me so many times and Liam James…. actually every one of them stepped it up.

Noid’s x wife hurt me deeply in a profound, deep way that made me question friendship in a big way. I truly gave my friendship freely, tried to be supportive, understanding and even loving…. I tried to be what I wanted a friend to be to me. I got hurt… burned… and again, I’ve lost my trust in people.

Brown eyed girl – Van Morrison …. and Noid singing it to me in the car.

Christmas was an extremely rough day for me this year. It started off well in that I got to wake up with my husband. We went to see my family and it was the first time they had seen us since we got married. Many issues had to be sorted out and although at the time my heart broke in a million pieces and I hurt like hell. Everyone got to say what they needed (very little actually pertained to the wedding), I had to face that my Mom is dying and that she is okay with that…. and when we left – all was good and well and probably the best it had ever been. Noid got to clear all he had inside and so did they. We ended up with my Mom and my sister, redoing my make up as I had cried so much which was very special. 🙂  Thankfully my parents live on big property so the kids were none the wiser, running wildly outside.

We then went to Noid’s family where as we walked in, a huge picture had been put up which was taken the day Noid and I broke up. It hit me like a ton of bricks. Off course it was not his family’s fault at all, and to his Mom it was a pic of all her kids together on her birthday, but it was one of the worse days of my life. I knew Noid hated the picture also, but said nothing and thought it best to just let it go. I honestly just couldn’t. I went to the bathroom and was physically ill. It threw me, I wasn’t expecting the pain to be that intense, still. So when Noid’s Mom came to sit next to me, hugging me, I decided not to suffer for the day but I explained to her my feelings, fighting tears and that the picture symbolizes everything of the hurt that was caused – our own fault – but the pain is real. How they all sat there smiling as if I never mattered at all, as if I was never part of that family, I left out some pieces of the puzzle but she was really, really understanding and offered to take the picture down at once. I explained that she had done nothing wrong, AT ALL… and she didn’t have to but she did and it helped me very much. I really loved that she would do that for me and I am deeply touched.

In the end we had a nice day with nice food, some laughs, lots of tears and Noid and I came out of the day closer than we have been in weeks.

On a funny note, the new apprentice daughter in law, (Noid’s brothers girlfriend) I think is going to have a much easier time fitting in the family as she is also very positive, organic and smiles all day long – unlike the bi-polar me. LOL I mentioned this to dear Noid who thought it was kinda funny actually as he was so unlike the rest of his family also. This is not a criticism and all seems lovely and they all very happy which is awesome, but merely an observation.

I did decide to reach out to Noid’s sister the night before Christmas and it was a good thing. That is all. Thank you Jenni for being there for me.

21. Who did you spend the most time on the phone with?

My husband. I still detest speaking on the phone.

Yes – all over again.

23. How many one night stands in this last year?

24. What was your favourite TV program?

Mel always says hate is such a strong word. I feel disappointment, not hate.

I am in love with Paulo Coelho….. love him, but the best book I read this year was “The Little Prince” by Antoine de Saint-Exupéry. I cried…. it was beautiful in its simplicity.

A husband. I purple engagement ring and wedding band that I can’t stop smiling at. It is PERFECT…. mmmm and a job I like much better.

Peace for my soul.

30. What were your favourite films of this year?

I turned 37 and threw me’self a soccer party in the midst of the world cup at my family restaurant, Spur – people with a taste of life!

32. What one thing would have made your year immeasurably more satisfying?

Requesting a transfer from a job I hated earlier.

33. How would you describe your personal fashion concept in 2010?

I have no concept of fashion. I care that my toes and nails are painted, that my eye brows are waxed and my body is shaved and that I am wearing perfume and matching underwear… clothes…. who cares?

None really, but I always love Billy Connolly.

Can’t think of anything.

My husband and my kids all living together. My grandparents, always.

I became better friends with Giles and AJ whom I both liked and who was good to me, Jason and Cindy who was very supportive and my cookie baking mad gay friend, I call “Oom” although we basically the same age LOL. I also met Nicci whom I bonded with instantly.

Be fucking careful what you wish for, you may just get it.

40. Quote a song lyric that sums up your year?

”There’s a sadness hidden in that pretty face; 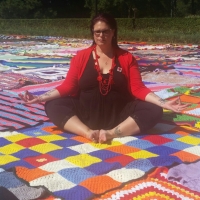 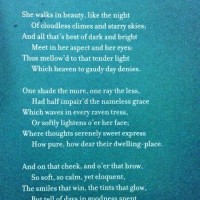