Another day stuck ill in bed, meaning another day of worrying about falling behind at work. Noid is ready to ship me off to the emergency ward…. I am not that fond of that experience… Unlike Liam I know Greys Anatomy is not real!!

I miss Noid. He is very busy with business plans that affect our future.

January was a crap month financially as it always is, but February appears to be competing! How utterly rude!

Kevin got a fabulous scooter from his Uncle Kevin, whom we refer to as Boet as it was difficult having two Kevin’s. My Kevin had his first riding lesson with his friend Dylan today. As I expected, dear Kevin moered off the bike at least once and is missing some flesh lol. Sorry, but is par for the course.

Liam is cool, Vic is showing some signs of anxiety which she explains as ’emotionally I don’t feel like myself’ which I am watching for pattern. Douglas has a sore knee cause he fell… Jenna and Nic are both fine, as far as I know.

Noid and I are celebrating Valentine on the 16th as it will be our 5th month wedding anniversary and I have asked for a tattoo as a gift….. he wants wine gums. Right up my budget that. Yay!!!!!

Still convinced I need a Brazilian blow out. Never had anything like that before…. and two friends who wouldn’t settle for crap and they both had it done recently, and I have seen their results which look bloody gorgeous. Sleek hair makes me feel sexy dammit.

I must be a pretty wife, mother and eventually corpse! No exceptions.

Anyway my husband can’t win branch manager of the year nationally and I look like I need a make over. I need to look the part! So we don’t know if he has won yet…. But we do know the race is close and his chances are splendid.

Oh, onto a pet hate. Woman calling their boyfriend, or fiance their husband, or worse hubby. Until you have both rings on your finger, discussed if you will have a pre- nup or not….he is not your husband. Was there two witnesses present and did the Minister ask all the legal questions? Until then he is a possible husband, an apprentice of sorts really! He may love you and you love him, but you are still a girlfriend, or fiance.

Same goes for his parents, they are NOT your in laws {they not in law or out of law with you} until you share the same surname! They are your boyfriend, or fiance’s parents. To them, you are a possible partner to their beloved…. you are an apprentice of sorts. They tolerate your crap now, until you marry, then the acceptance sets in, for the sake of seeing their son, and grandchildren that may or may not have already been born.. {Part of grieving of having lost their child to a woman who makes him drool, whose name is suddenly tattooed on his arm and whom he calls special names?} Off course they may truly love you all along, but unless married, they are not your relatives!

Clearly this is a simplistic, no grey area view of mine. I love being a wife, hated being the girlfriend or the clinical partner….fiance did rock my boat…. but being a happy and fulfilled wife trumps em all!

I wish you to be emotionally yourself,
Wenchy

Posted by WεηchƔ with WordPress for BlackBerry from the second cloud on your left. 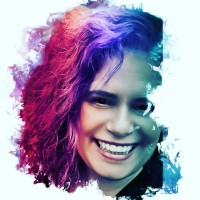 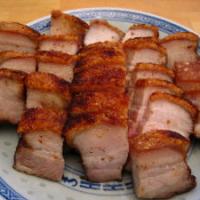