Although I only came to live with my Mom after my father died when I was 11, I am thankful that somehow in my teenage years my Mom had the genius to let me be.

At 11 I pierced my ears for the second time and cut my very long hair off… mostly because I thought my father would be so cross, he would come back. Two decades later the man is still dead, that’s willpower for you!

At 14 I decided to colour my hair. Although I have not seen my natural colour since, I assure you it is much, much lighter than the dark hair I prefer, hence you also colour your eyebrows and wax or shave the rest.

I went for pitch, witch craft black…. dated a bit of a pink rocker {who would later be divorce #1} wore very little clothes, as I only became the size of an African country later in life, and made my face as light as possible with red lips. My Mom suggested stockings for my bare legs….I wore and tore them for effect.

Much like my Kevin I was a very independent teenager. I studied, I got good marks, I went clubbing and was responsible. I did my own thing.

For some reason my AWB upbringing didn’t gel with my soul and I rebelled politically which caused many comments. I couldn’t understand how anyone could declare themselves superior based on the colour of their skin…. and that includes the right to follow a religion of your choice and have sex with whom you choose {personally I draw the line at goats}. I detested that a censor committee got to choose for me what I could read or watch. Fuck off with that idea.

Anyhow, today as I sit here in my fanty house, my very normal husband with gorgeous thighs and many, many children and a cat !! with a respectable hairstyle {me, not the Baby Baby Gaga} in a normal colour… I cherish the bright red stripe in it. I thank my Mom who let me be me and always said what I wore or did, she always reminded herself during my teenage years especially that I had a good heart and a generous spirit…. what I wear may have people judge her and me, but I remained the same person inside, always. She didn’t like what I wore, but it was always my choice how I expressed myself and my journey to find out who I am deep inside.

My poor Mom must have sighed a sigh of relief when I became a Mom and did normal things….. If you call twice divorced and an elopement normal. LOL In my 30’s her sigh got louder with each tattoo I had added, eventually asking me if I think I am a colouring in book…. {15 tattoos later}

I have tried really hard not to raise cookie cutter kids…. It makes their lives harder as they are opinionated, sometimes cross boundaries and don’t necessarily follow the best, nor most appropriate route… but I like to believe they are free thinkers {besides being bloody bonkers!} who have good hearts and generous spirits… and they will find their way in the world.

Thanks Mom that it wasn’t an issue to pencil in a beauty spot like Marilyn Monroe on my wall and that at 38 I still think conformity is for people with no imagination.

Lord Byron did say us of the craft are crazy….. now to figure out what the craft is?

Oupa Mike always laughed and said if I was told go left, I will be sure to make a right turn. 🙂 I think I found my way and Toto we not in Kansas anymore! 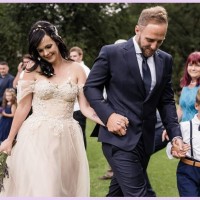