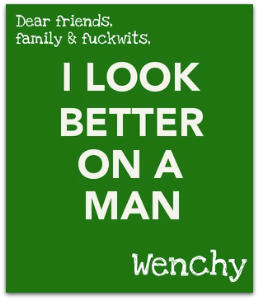 It doesn’t matter what’s inside, is all about being on top, ne? LOL

So during my frantic schedule I manage to surf Black Berry applications and found an astrology one that amuses me. The Gemini sign looks a little like one cartoon character with two heads. Being bi-polar I find this highly amusing as most uninformed specimens think bi-polar equals multiple personality disorder. Not so. Can’t say the same for Gemini’s.

So every morning bright and early as my husband gets ready for work, very diligent and committed as he is, I read the excitement that the stars have fore told for my day ahead. That said, I don’t actually believe in astrology but all the same, I am most fond of comedy. I read the cryptic message and see how it may apply to my frantically busy life that particular day. *cough*

Most days, even I, with a vivid, if not slightly dirty imagination, cannot fit the square peg in the round hole, but there are days the stars are ever so on the money.

Sometimes I even forward my findings to other Gemini’s. I mean, if the stars say I am at a cross road, are they not also facing a cross road? Even if not the same cross road, and we not talking chicken or fish here, should I not highlight to them that should they find themselves at a road with many crosses, it is all good cause the stars will tell us tomorrow what to do? Pillar and strength of the Gemini community am I.

Feeling very under {see not on top} the weather with a touch of a cold or flue {I still don’t know the difference, much like I don’t know what I wanna be when I grow up}, I set out to pick up my son, Liam James {15} from his Dad’s home in the country for the weekend, with my eldest Kevin {18}.

According to Liam James he will be busy for weeks on end with darts {I was just happy to hear he understands there is a board to aim at involved, and it is not a group activity target shooting exercise} and only has this weekend free {this may be the truth, is a little hard to tell with Master James}.

Now, as much as I love my car, I detest driving on the freeway. I don’t judge distance well {which off course I blame on men, one man’s six inches being another optometrists dream}. I feel anxious in the fast lane even if doing the legal top speed cause some fuckwit will come up my ass and if there is a truck in the slow lane I refuse to move over until I am past the truck, and with a personalised number plate people are now swearing at me by name!

Anyhow – with a stop at my Mom’s to fetch Liam James’s spare pair of glasses, I did make the round trip, literally going around the small holdings and on the freeway. I myself am not that brave to live in the middle of nowhere, with no wi-fi spot for miles, no theatre, nor coffee shop to watch people go by, but Liam James appear happy and now refers to me as “city folk”.

I am happy to report that I and my two sons {the biological ones} arrived home safely, but sneezing and a headache the devil himself dreamt up without injuring myself or others.

Btw, why is that road to Walkerville| Meyerton so boring? Except for the short stint I felt we may have taken a wrong turn to Soweto. I was very alert and white there. One must always keep an ANC flag and a hearty “Viva!” handy I always say.

This last bit will be of no interest to anyone but Noid. Babe, I actually went to the kitchen {stop laughing} and saw Germolina clean out that thing in the washing machine you suspected I knew what you were talking about? The thing you said made black things on our clothes? Well, she has it covered or rather, cleaned it! It wasn’t even in my stars!