Dear friends and other interesting creatures

My experience with @21Icons have been exceptional and worthy to be mentioned on my blog. 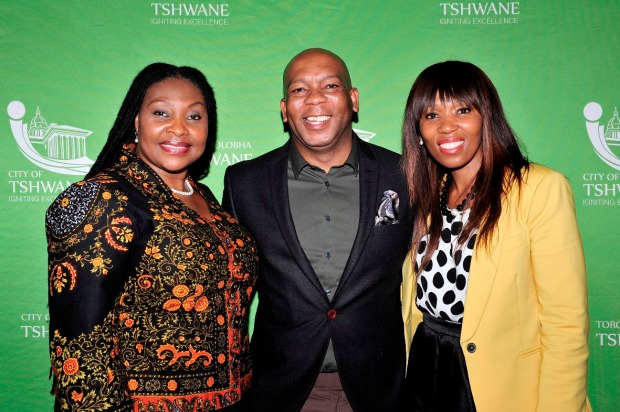 “This special four-day event pays tribute to many inspiring men and women who contributed to building a free and democratic South Africa Their life stories tells a story of how South Africa’s democracy came about. We will remain forever grateful for their selfless contribution, said Ramokgopa.

The hosting of the 21 Icons exhibition in Tshwane is a clear indication of our stance on becoming a Capital City. Most of the featured icons featured have footprints in the city and it is only fitting for us to pay tribute to these founders of democracy, added Ramokgopa.

21 ICONS is an annual project featuring South Africans who made an extraordinary contribution to the country. Acclaimed international photographer, filmmaker and founder of 21 ICONS, Adrian Steirn, captures each icon in a unique portrait and their intimate conversations on film. The icons will be brought to life in Tshwane during the celebration through these portraits and films as well as essays and dramatisations. The line-up of events includes: an interactive 21 ICONS exhibition and a family day, screenings of the documentary A Journey to Democracy; photography and film workshops; and a Charity Auction.

“It is such an honour for us that 21 ICONS was chosen to kick off the capital city’s 20 Years of Freedom celebrations,” says Adrian Steirn. “Madiba’s legacy means so much to the country, but there are many who helped bring about South Africa’s freedom and their inspirational stories need to be told.

Swati Dlamini, granddaughter of the late Nelson Mandela and spokesperson for 21 ICONS helped bring the event to fruition: “The celebration hosted by the City of Tshwane pays homage to my late grandfather and to all those who paved the way for our democracy. I am proud to be part of it.”

Tshwane residents are invited to secure their tickets free of charge from 1 April 2014 at the City Hall box office from 7 April 2014. Tickets are available on a first come first serve basis. The City has earmarked several schools whose learners will be hosted at City Hall. The City has also invited aspirant Tshwane photographers to participate in the photographic and film workshops hosted by Adrian Steirn.

The City further aims to promote good citizenship, participatory democracy and cultural diversity. 21 ICONS South Africa is sponsored by Mercedes-Benz South Africa, Nikon and Deloitte and supported by the Department of Arts and Culture.

The exhibition will be located in the foyer and grand corridors of City Hall and will include the full 21 ICONS portrait collection, behind-the-scenes photographs, short films of each of the icons and accompanying essays. Visitors will have an opportunity to interact with the icons through visual, audio and audio-visual exhibitions. City Hall will be open to the public between 10 and 12 April 2014, from 9am to 7pm daily.

The 45 minute documentary, 21 ICONS – A Journey to Democracy will be screened throughout the four-day event. The public are invited to attend the screenings free of charge between 10 and 12 April 2014 from 10am to6pm.

This special hour-long edition featuring the icons, creates a compelling and powerful picture of South Africa past and present — and where it needs to go, according to those who played major roles in forging its precious democracy. The documentary delves into the apartheid past and shares the stories of heartache that were created through living in exile, from Hugh Masekela’s fear of losing his language to John Kani’s pain and remorse at being physically so removed from the struggle back home. Though dotted with anger at times, the icons’ memories also throw up many moments of great humour and light-heartedness, and many share a palpable sense of wonder at how South Africa avoided a racial war and said yes to reconciliation and hope, and no to hatred and revenge.

A family day will be held on Saturday 12 April 2014 from 9am-3pm. Kids will have an opportunity to learn about the founders of South Africa’s democracy through the exhibition and spend time in a special kids play area where art activities will be hosted.

The photographic and film workshops were initiated to give Tshwane talent practical experience with acclaimed international photographer Adrian Steirn and his team. Two full-day workshops are scheduled for 10 and 11 April 2014. The programme topics include portrait photography, understanding light, planning a shoot, career guidance and social media for photographers and filmmakers.

The much anticipated 21 ICONS South Africa Charity Auction will be hosted by the City of Tshwane and aims to raise R10 million for charities nominated by each of the icons. The original signed portraits and several donated celebrity items will be auctioned by the formidable auctioneer Gift Ngwenya. The guest list is limited to 600. Among the charities that will receive donations are The Nelson Mandela Children’s Hospital, The Desmond and Leah Tutu Foundation, Green Peace, Food and Trees for Africa, Star Fish Foundation, The Princess of Africa Trust, Saheti School and the Gary Player Foundation.

I wish you enough
Wenchy