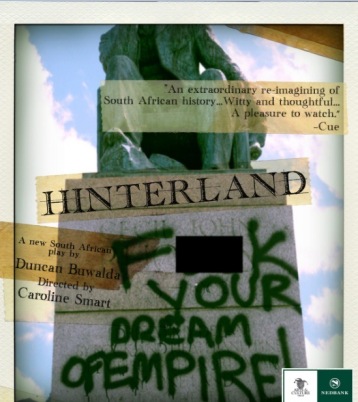 This April, the Auto and General Theatre on the Square proudly presents a three week season of DUNCAN BUWALDA’s acclaimed historical comedy-drama HINTERLAND.

The play is about the (fictional) meeting of two giants of South Africa that could have changed the course of our history. Deeply controversial at present and more than a hundred years after his death, Cecil John Rhodes still enjoys fame and notoriety, as Southern Africa’s arch-imperialist – while the multi-talented man of letters, Sol Plaatje, was one of the ANC’s founding fathers in 1912. END_OF_DOCUMENT_TOKEN_TO_BE_REPLACED